It’s been just over a year since I launched the Hip Thruster, so I felt that an update was in order. Originally, I assumed that Hip Thrusters would mostly be purchased by women seeking better butts from their own homes, but there are now Hip Thruster units around the world in gyms ranging from dingy garages to pro sports team training facilities.

Don’t get me wrong, I still think that Hip Thruster’s greatest application is in helping women build their backsides due to the possibility of daily band hip thrusts, but I also believe that every pro sports team should have several Hip Thrusters for ease of hip thrusting with the athletes (assuming space permits).

The Hip Thruster is the best way to do the hip thrust – stable and versatile!

Strong glutes are imperative in sports due to their contribution to jumping, cutting, sprinting, and twisting/turning/throwing/swinging/striking. However, the glutes don’t just contribute to performance, they also help prevent injuries from occurring since they protect the spine, the anterior hips, the knees, and the hamstrings. Personally, I believe that stronger glutes will allow the hamstrings to better express themselves during sprinting, thus creating some synergy for speed. Several USA-based professional teams have already purchased units in sports ranging from baseball, to basketball, to football, to hockey, and pro teams in other countries have purchased the Hip Thruster as well.

Recently, there has been a lot happening at Hip Thruster, including great testimonials from pro rugby teams in Europe!

Most strength coaches would agree that stronger glutes mean faster sprinting speeds, which is important in professional team sports such as rugby. I’m delighted to see the Northampton Saints using the Hip Thruster. They were the winners of the rugby 2013-14 Aviva Premiership in the UK. Their lead strength coach, Marc Finney (@Marc_Finney) definitely knows how to build fast, strong and capable rugby players! 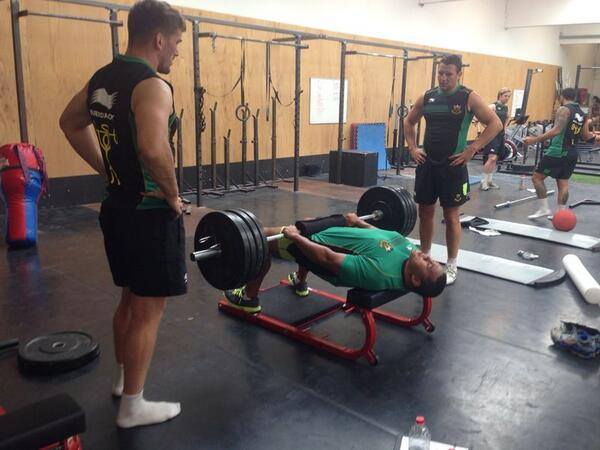 Here’s what Marc had to say about the Hip Thruster:

“The hip thrust is an important exercise we use for developing hip extension strength, and the Hip Thruster units have made the exercise safer and easier to perform. We especially like the additional band attachments, which allow for accommodated resistance throughout the full range of movement.

The quality of the units is impressive. They are sturdy, easily transportable and large enough to fit even our biggest team members. Everyone finds them more comfortable than our previous set up.

As S&C Coaches we need to have a large repertoire of exercises that can be modified and manipulated to meet the needs of our athletes. For our load compromised athletes that have a history of knee, joint or back issues the Hip Thrust has been a key exercise for our lower body strength development.

Our bigger athletes, particularly our props, have been able to load the Hip Thruster up, including the additional bands, to great effect. Ultimately, the units enable us to maximise our glute training and make substantial strength gains without compromising our athletes’ backs and joints.” – Marc Finney, Lead Strength Coach, Northampton Saints

As well as the Northampton Saints, Hip Thruster units are also being used by Ulster Rugby in Northern Ireland and the Genoa CFC football team in Italy.

“Our team really enjoy training on our new Hip Thruster units … It’s made a big difference to our hip thrusts in training. They give us the support we need to build stronger glutes for faster sprinting!” – Genoa CFC

Your team can get the same benefits as these pro teams by ordering a Hip Thruster today. 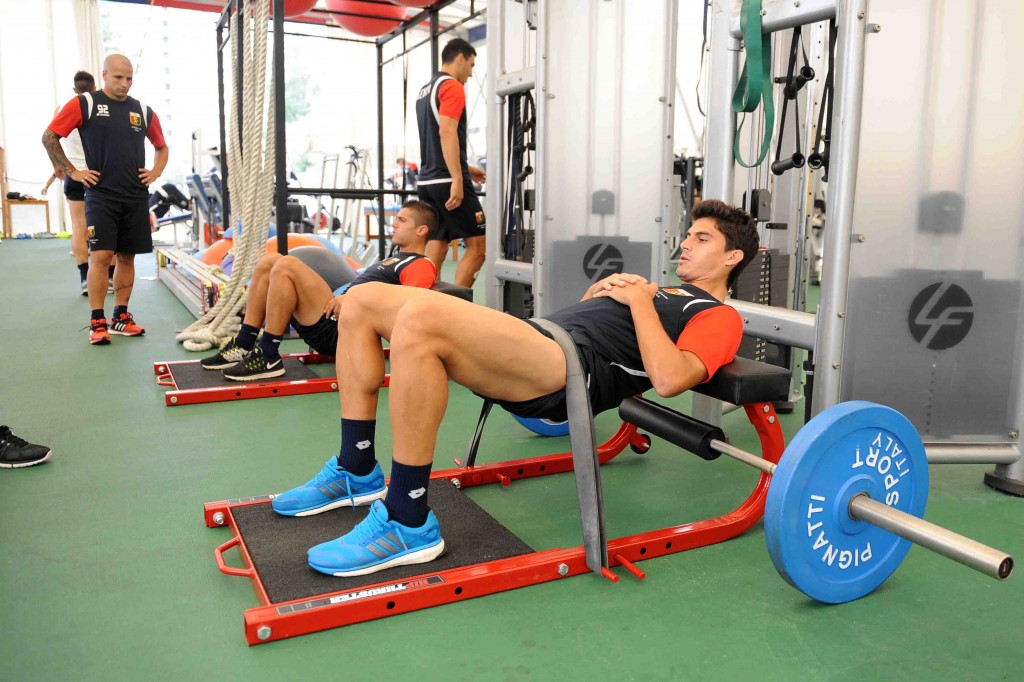 Low load glute activation drills during the general warm-up have become increasingly popular in strength & conditioning, and they’re heavily used in the physical therapy setting as well. Some researchers...

Charles Staley and I have been training together for almost two years. In fact, HERE is a “glute-off” we had a year ago, where we worked our way up to...

In sports and in the weightroom, all muscles need to be strong and powerful. The body works in a series of kinetic chains to produce forceful, powerful, and coordinated movement....

The post Sprinting and Glutes appeared first on Bret Contreras.