Meet Maren and Brett, the two latest Glute Squad members. They are the same height, but their torso and femur proportions differ markedly. Maren has a longer torso and shorter femurs, whereas Brett has a short torso and long femurs. See how much higher Brett’s hip joint center is compared to Maren’s?

I asked Maren and Brett to squat down with 95 lbs and hold the bottom position for a few seconds so I could snap a pic. I didn’t give them any instructions as I wanted to capture their natural squat mechanics. 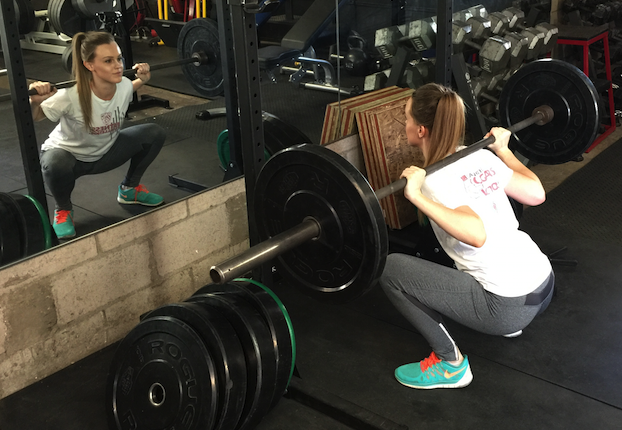 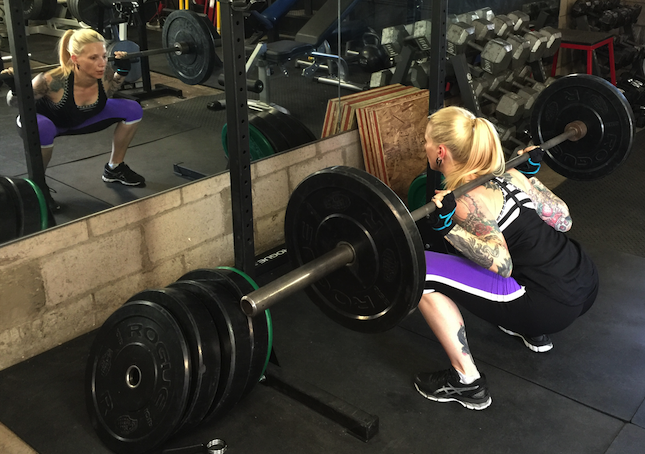 On social media, the majority of people would comment on how nice Maren’s squat is and praise her for her squatting prowess, and the same people would ridicule Brett and chastise her for not understanding that she needs to stay upright. A greater relative femur length leads to greater forward lean. Brett can’t stay upright even if she tries her hardest, and this becomes increasingly apparent with heavier loads. On the other hand, squatting comes quite naturally for Maren.

Why does this happen? Check out Tom Purvis’s two videos below on the topic:

Squat mechanics are highly influenced by anatomy and anthropometry.

Things that can lead to a more upright squatting posture:

Things that can lead to a greater forward leaning squatting posture:

If you are naturally an excellent squatter, congratulations, I envy you. However, if you struggle markedly with your squat form, it may not be your fault. You may be hampered by an unfavorable skeleton. You’ll just have to work extra hard on your squat form, and you’ll likely find that you can better display your strength on hip thrusts, leg presses, lunges, sled pushes, and back extensions. Don’t sweat it.

From The Lab To Your Pocket – Part 2: Accurate Max Strength Measurement With Your iPhone By: Carlos Balsalobre-Fernandez It’s all about the speed: The load-velocity relationship One key variable when...

Here’s a complicated biomechanical article on the squat from my colleague Andrew Vigotsky (my former intern who is now smarter than me LOL). Hopefully some of you will be able...